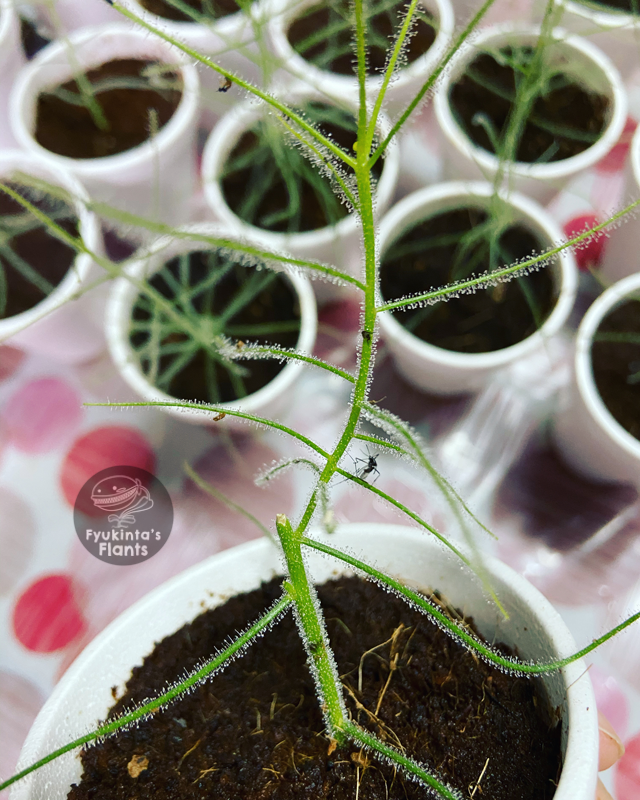 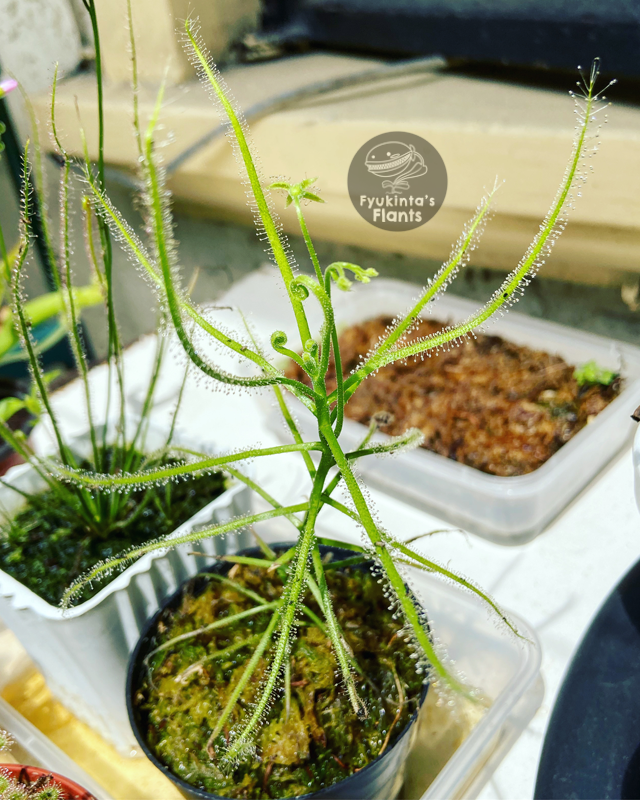 If you have trouble seeing the difference between drosera and byblis, check their stems: Byblis stems are covered in sticky mucilage, just like their leaves. Drosera indica only has mucilage on its leaves, and its stem is a plain, non-sticky stalk. Also, drosera leaves actually curl over their prey, byblis does not!

2. Byblis Guehoi and other varieties are safe around children and dogs 🌿

Are carnivorous plants ok for kids and pets? If anything, the only danger is that cats may knock them over, but that’s a danger to the plant, not the kitty. My own dogs like sniffing my byblis guehoi, and they’re pretty ok.

This is Tiffany, she sniffs byblis guehoi curiously and that’s ok 🐶
ㅤ

My research shows that while there are some cases where pets ingested a Venus flytrap, they only had a mild gastrointestinal upset at most. Rest assured, these carnivorous plants aren’t a danger like the ZZ plant or Pothos.

Is byblis a good fly catcher? Yes, it certainly can catch flies well, and many people buy carnivorous plants to kill mosquitoes and flies. However, although it’s true that these plants consume insects, you will need a much, much bigger garden’s worth of them to make a dent in any insect population.

Shining, shimmering, deadly. If you’re a mosquito, that is. 🦟 💦
ㅤ

Between you and a Byblis in the same room, mosquitoes will still prefer to land and feast on you. These plants consume insects to grow, but they can also grow without bugs since they can still photosynthesize. They just won’t grow as fast without prey. 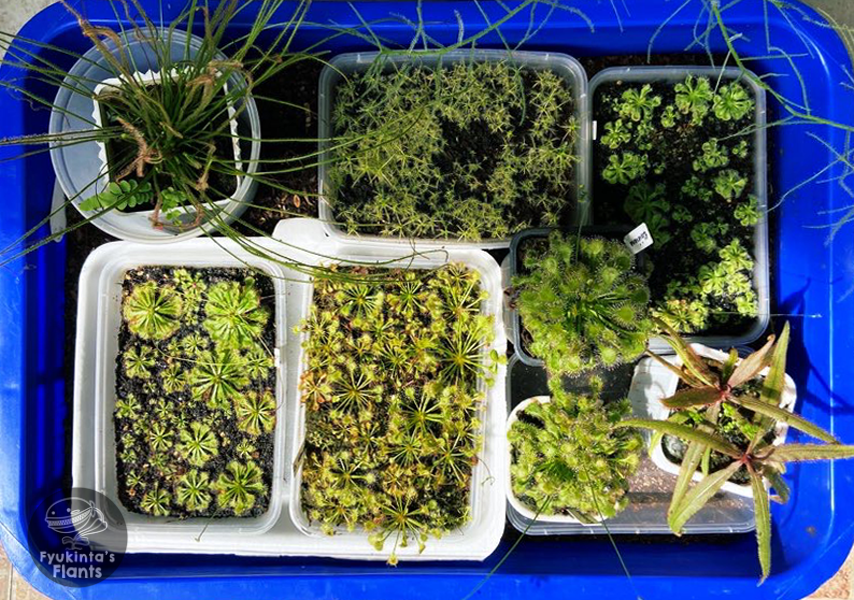 What I personally like to do is put my plants on top of my compost bins once in a while to let them feast on fruit flies 🦟 Some people I know do this too! I also spray Maxsea  fertilizer over them every two weeks, which gives them a huge growth spurt. 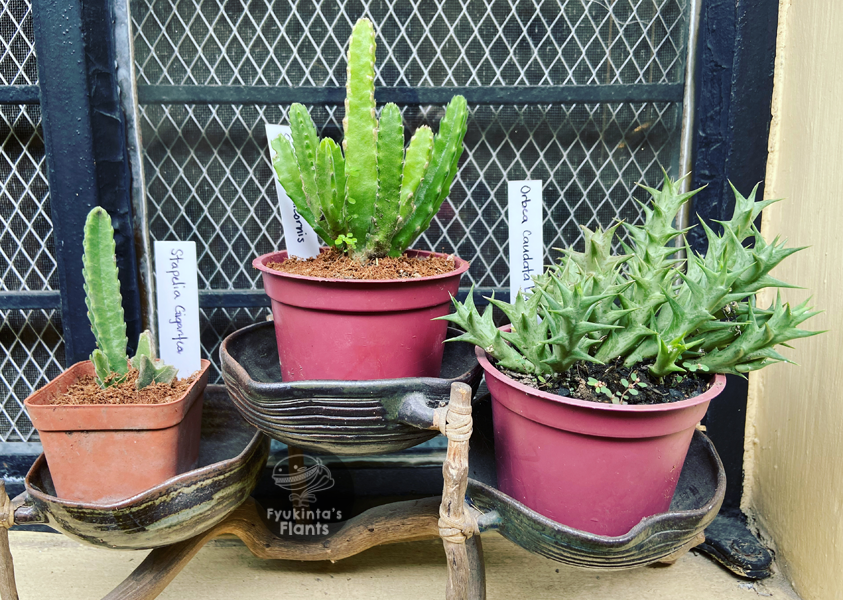 I also grow stinkies like Stapelia in my carnivorous garden—these plants get their name from their flowers, which smell like rotting meat. These do the job of attracting flies that will also be expose (and hopefully land) on my carnivorous plants. Some growers even put fruit peels next to their carnivorous plants for the same purpose. Though they can attract insects looking for water or just a place to land, it doesn’t hurt to help them a bit.

My one flowering Byblis bush 🌸
ㅤ

You can hand-pollinate flowers from two genetically different plants! 🌸
ㅤ

Meanwhile, plants grown from seed are genetically different, so if you try growing a byblis from seed, you can try pollinating its flowers with another byblis. I’ve only tried hand-pollinating flowers from byblis aquatica, which is capable of getting self-pollinated! 🌸

5. Byblis like big pots, but can grow large in regular cups 🌿

Many people ask me if they need to repot their byblis in a bigger pot when the plant gets really big in a styro cup. Understandable, since the plant sometimes has roots creeping out of the pot’s holes. 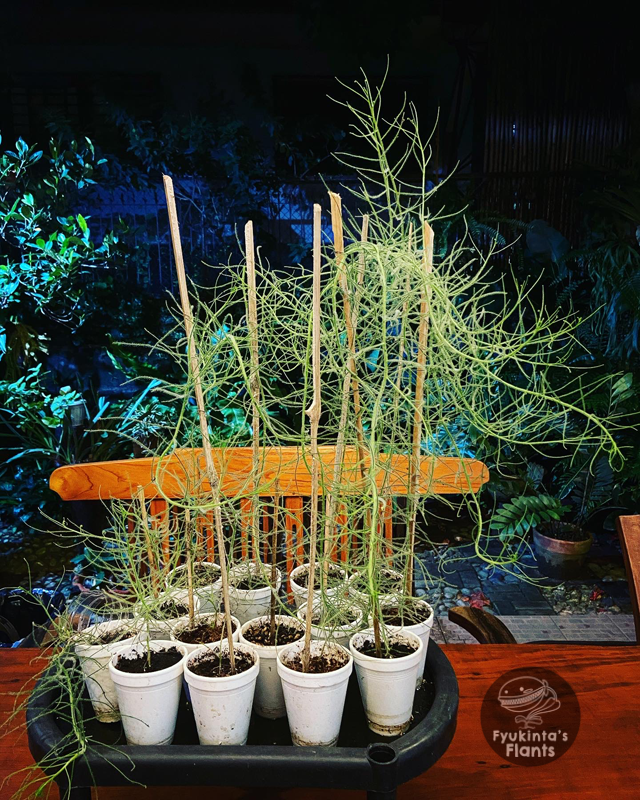 The answer is no, there’s no need to repot, and for three reasons.

🌱 Byblis don’t like being repotted unless you transfer the whole media with roots intact. If you disturb the roots too much, the plant might die.

🌱 Byblis can already grow to a very big size that you can make several cuttings from in a styro cup.

🌱 It’s much, much easier to just let it grow, make cuttings, and plant the cuttings in a big pot.

To make sure I have lots of byblis, and to save space, I like making byblis compots, or community pots. I just stick my rooted cuttings in a big pot or tub, keep the pot in a very sunny area, then let them grow. I make cuttings when they grow too long. 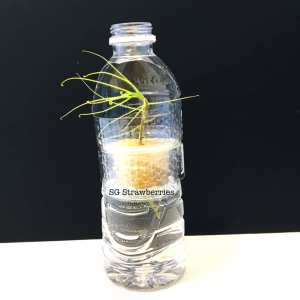 In case you haven’t, do check out my byblis care guide and scroll down to the propagation section, where you’ll see one very useful guide from a Singaporean gardener who grows his byblis completely in water. 💦

Strawberries in SG shares that his byblis are all completely grown in water bottles. They’re held up by foam , with the bottom of the stalks touching water. They’re grown in netcups that are also used in hydroponics.

I do like rooting my byblis cuttings in water, but I prefer transplanting and growing them in media once they root just to make sure that they don’t dry out. Sometimes I forget to top up the water in my cups, and once the water evaporates and goes below the stalk of the byblis cutting—they dry up very quickly and die.

7. Byblis Guehoi only lives a year 🌿 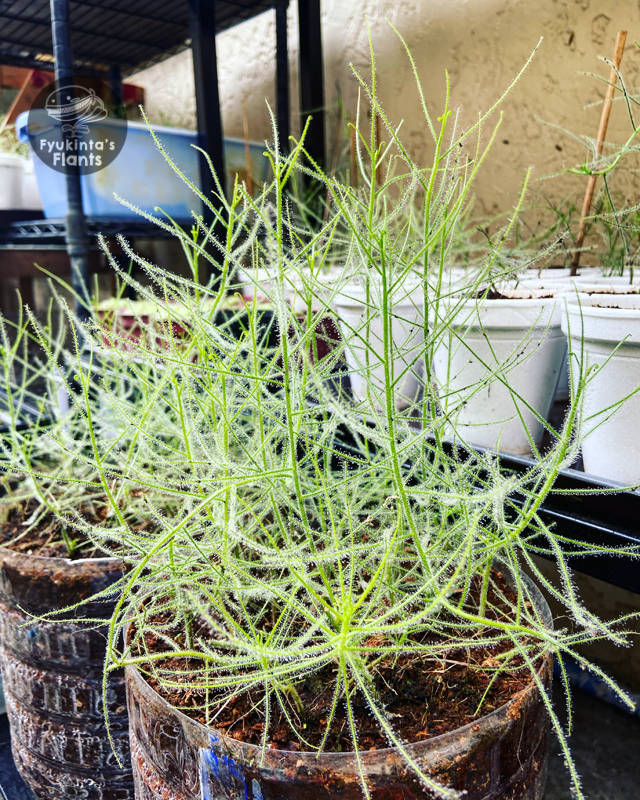 Most Byblis varieties are annuals, meaning they’re a kind of plant that only lives one year.

This means they grow faster than other carnivorous plants like flytraps and sundews, but if you don’t propagate them through cuttings, they’ll die and you won’t have any byblis anymore.

However, if you make cuttings, the cuttings start a new year ahead of them, as if they “reset” into a new lifespan. You then can keep cutting and keep making more byblis, making byblis an immortal plant as long as you keep making cuttings.

Not all byblis are annuals, though! Two of the eight identified species are perennial, meaning they last more than two years: Byblis gigantea and Byblis lamellata. Neither are available in the Philippines yet, as far as I know. 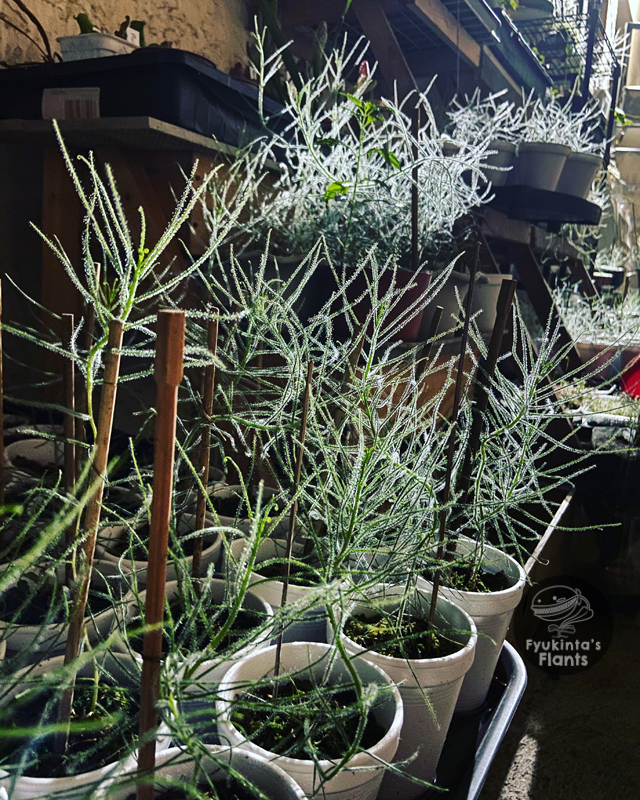 Speaking of all identified species, two of them are more common here in the Philippines: byblis liniflora and byblis guehoi.

I’m honestly not sure how to tell them apart, but I hear guehoi is the sturdier species. Aquatica and  Liniflora are awesome in that they can self-pollinate!

I was able to propagate this awesome compot of Byblis aquatica from my friend Monster Mama PH, who grew these plants from seed herself. It was my first time growing carnivorous plants from seeds apart from sundews, and the process was definitely unique compared to my other experiences. For one thing, byblis seeds need smoke to germinate!

9. Byblis and other carnivorous plants can still be affected by pests 🌿

Unfortunately, although byblis can catch most insects for its nourishment, it can still fall prey to pests—especially mealybugs. These are very annoying pests that appear in the form of fuzzy white bugs. The white fuzz prevents them from being capture by the byblis mucus.

If you find these mealybugs on your plant, you can remove them with your fingers. These days, I give my plants some protection against the potential mealybugs by sprinkling Starkle G into a hold their media before I pot cuttings. I use Starkle G the same way for my Venus flytraps too. 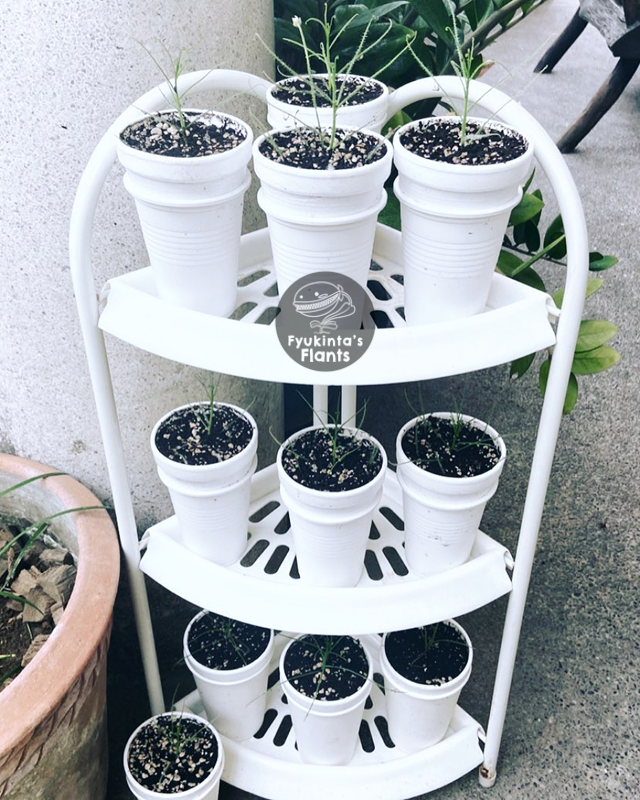 I still think byblis guehoi is incredibly easy to raise in comparison to other plants, though I also have sundews and venus flytraps.

If you have any more questions, feel free to ask in a comment below or message me! Just please don’t ask me questions that are already answered here D: I put a lot of work into this guide specifically to already answer basic questions.

I also post about plants for sale, like sundews, venus flytraps, byblis, and carnivorous plant gardening items like media (sphagnum moss, rinsed cocopeat mix) and Maxsea fertilizer. And yes, I do have Shopee!

I hope this inspires you to try growing byblis of your own! Once you get the hang of it, it becomes so easy! This was one of the first plants I’ve been able to propagate consistently, and as long as you have enough light, the right media, and water, you’re ready to try growing this fascinating carnivorous plant!

At one point I was growing byblis in tubs of sphagnum moss, no drainage holes
ㅤ

Choosing the right soil or planting media for carnivorous plants