.
What makes a horror game scary?

Is it the jumpscares? The music? The undead running after you?

Not in these particular horror games–except maybe Mad Father, as far as the undead are concerned.

RPG Maker horror games are the perfect example of how atmosphere, music and story can deliver spine-tingling scares that don’t necessarily rely on jumpscares to make your adrenaline pump–even when everything is rendered in pixel cuteness. Whether they introduced us to unforgettable worlds like Guertena’s gallery or how horrible humans can be (spoiler alert!), these free horror games dish out scares on levels that would make the Grudge lady proud–and we’ve gathered the most quotable quotes from our list of top RPG Maker games to give you a taste of what they have to offer.

END_OF_DOCUMENT_TOKEN_TO_BE_REPLACED

.
Last week I put together 5 of my favorite RPG Maker horror games. 5 is a pretty small number though, and because of that I had to make my selections carefully. You know, for optimum awesome. Still, I won’t deny that there are more incredibly awesome games available, whether or not I had the opportunity to play them.

That’s why I’m putting together another list of RPG Maker horror games to keep you up at night!

There’s no particular order to this list this time. These are games I’ve either played myself, or watched someone else play. The reasons why they’re not included in the first list would be because I either simply found the first list of games better overall, or (like in the case of Forest of Drizzling Rain) just because I didn’t play them myself, and didn’t think it would be fair to rank a game I didn’t experience on my own.

Also, like in the last post, there are also spoiler-free walkthroughs linked at the end of each game for your convenience, because I know how frustrating it can be to repeatedly die just because you can’t figure out what the hell to do :3 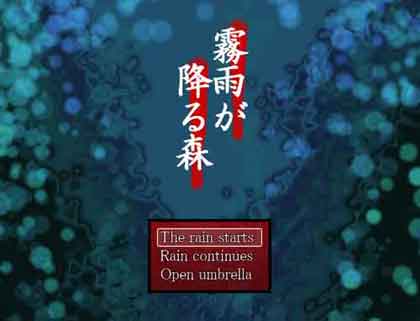 I have Cry to thank for this gem of a game. I’ve seen this game before, but admittedly put off playing it because the art didn’t appeal to me much. I ended up watching his playthrough instead, and now I’m mentally kicking myself for my self-inflicted spoilers as I download the game because this game is great and deserves to be appreciated.

You start off as Shiori, who, after a tragic background is introduced, decides to search for her roots in the secluded Azakawa village. She learns about the village’s dying trade of night glowstones, a link to her past, and a local folktale telling children to stay away from the forest.

When circumstances lead her to believe she has no choice, she finds out for herself why this horrifying folktale isn’t just a story told to scare children.

Lovely music, lovely story, and even lovelier characters make this game well worth your time. 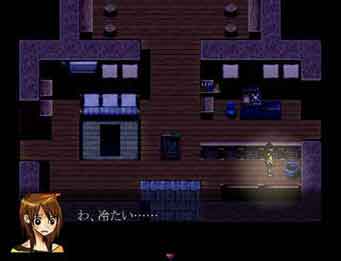 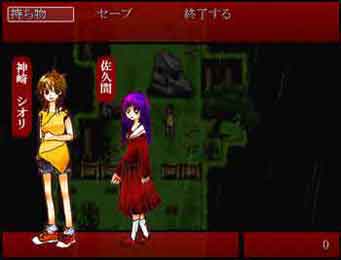 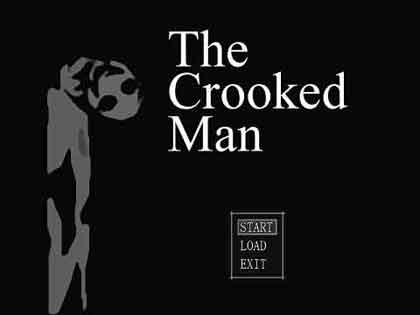 What started off as an innocent house-warming event for David Hoover turns into a creepy discovery of the previous tenant’s note, and a weird journey to find a stranger he believes he somehow relates too.

Wrestling with his own demons, David finds himself relentlessly pursued by an entity with a horrifically twisted neck with each place he tries to find answers in. It wouldn’t be so hard–if the ‘Crooked Man’ didn’t seem hell-bent on pulling David down with him.

I played this game myself after first seeing Pewdiepie start a series of it. The story was engaging, and the atmosphere was truly creepy, but if there was one reason I didn’t include this game in my top 5–it was because of the searching. So much searching. The areas were pretty huge, and though that’s a plus in general it actually becomes a pain when you’re forced to navigate these areas from one end to the other to find keys and clues that let you progress.

Not a game I’d recommend for first-timers, but a game I’d still recommend to anyone looking for a good dose of RPG Maker horror all the same. 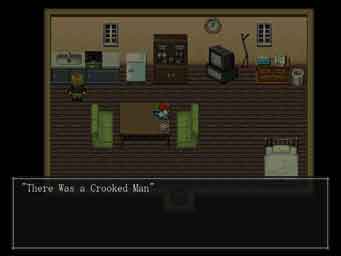 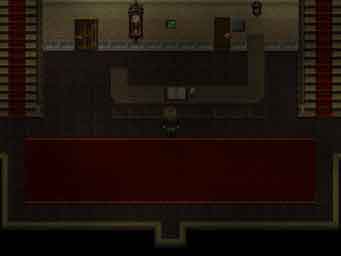 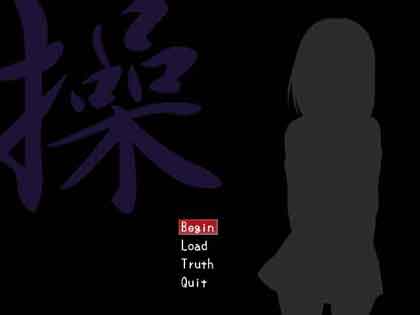 The predecessor to Mad Father (notice the similar opening screen?), Misao introduces an upbeat girl named Aki, who talks about her friend, the titular Misao. Misao had been missing for 3 months, and no one has any idea where she could’ve gone. She’s likely dead, and while a few members of the student body discuss how they knew her–the school is thrust into a paranormal dimension, and it looks like Misao herself is out for revenge.

Creepy, challenging, and sometimes ridiculous, Misao offers a game laced with graphic imagery, violence, murder, bullying, and sexual assault. That it all happens in a high school makes this even more disturbing, but that’s why this game happily sits in the horror genre. Beware of simple choices, and take note that not everything is at it seems. I played this game after being hung over Mad Father, and I’d think fellow fans of Sen’s (the creator of both Mad Father and Misao) work will find it fun to note the possible links between the two games. Like Ogre and the mysterious School President, for one.

Adding another level of creepy to this game is the fact that–despite watching them die brutally in front of her–Aki doesn’t seem to feel any remorse towards classmates of hers that had once bullied Misao.

Then there’s that scene with the phone that surprises you so much you slam against a wall and die–but that’s not so much creepy as it is of horrific wtf proportions D: 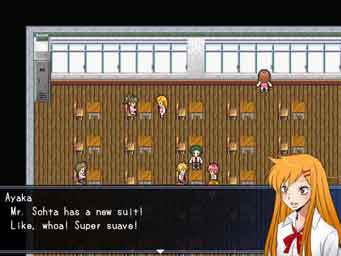 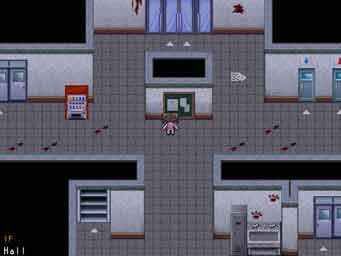 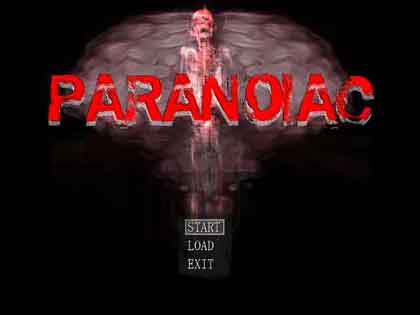 I didn’t play this game myself, and after watching Pewdiepie’s Let’s Play of it–I honestly didn’t want to. While Paranoiac has an engaging story of its own and dynamic gameplay with the potential to make you play with ruined pants, I found the game’s plot too… sad.

That isn’t to say the story wasn’t well-written–I just don’t do well with sad (Witch’s House cannon-balled a hole in my heart but that was after I’d already developed a fondness for the game overall). Miki Takamura’s abusive mother and ill-treated aunt were issues I didn’t want to immerse myself in. The writing in-game was done well enough to make you hate certain people’s guts with almost the same bloodlust any Harry Potter fan would approach Dolores Umbridge with.

Then again, there’s also the misshapen monster that chases you every night, and forces you to hide in the right hiding spot or else risk dying an audibly horrible death. I should mention: some hiding places simply get you spotted with a chance to run and hide somewhere else, in another room. If you were unlucky enough, you can pick a place that gets you killed. Instantly. 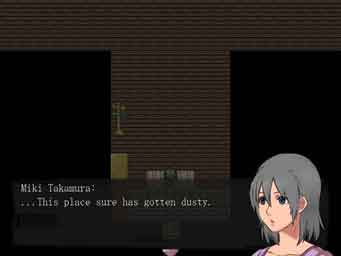 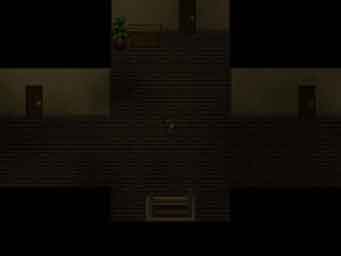 Jumpscares: Oh so many.
Score: 7/10
Download Paranoiac here!
Stuck? Peek at the walkthrough. 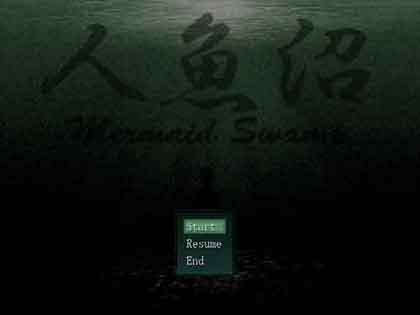 Also made by Uri, who created Crooked Man, Mermaid Swamp follows four friends on a road trip who get lost in the mountains. They find help in the form of an old man who gives them lodging by a swamp. When referring to the swamp, you hear of a legend of how a mermaid was stolen from the ocean, and taken to live in a tank of swamp water. The fate of the poor mermaid is as grotesque as the state of water of the swamp.

You control the spunky Rin Yamazaki as she and her friend end up facing one crisis after another–beginning with a mysterious disease that leaves one of their own disfigured enough to create a jumpscare when their face is flashed onscreen.

Like the Crooked Man, I just didn’t enjoy the aspect of this game that required travelling so far to find clues and keys–but I did enjoy Rin’s spunk immensely. It makes it all the more tragic when you get the worst ending, of which there are 4. Make sure you save often!

Let’s just say that not all ‘mermaids’ think the water is the best place to live in. 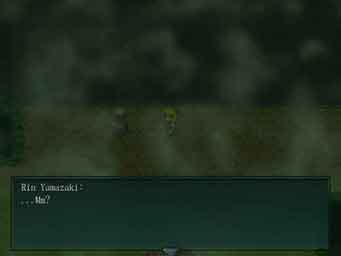 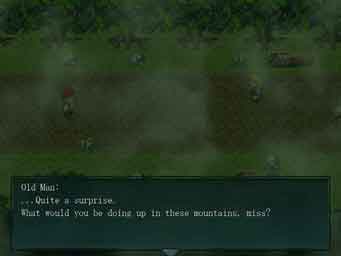 Got any more RPG Maker horror games to suggest?

If you know any more good games from the RPG Maker horror genre, let us know in the comments!

If you’re hunting for more good horror games, check out our first list for the best scares RPG Maker horror can give! 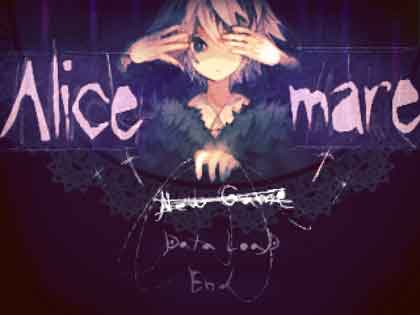 In Alice Mare, you play as a young orphan boy named Allen who finds himself delving into dream worlds that get darker as you progress. You meet with the different children you live with throughout the game, and can get 7 endings total depending on the choices you make.
END_OF_DOCUMENT_TOKEN_TO_BE_REPLACED